​​The system merges the rainfall monitoring capability of X-band radars – which are typically used for localised weather monitoring, as well as air traffic control and maritime vessel navigation – with a nowcast model that forecasts the movement, growth and decay of rainclouds, enabling it to produce forecasts 30 minutes ahead of a rainfall event. It augments the data that PUB currently receives from the Meteorological Service Singapore for rainfall alerts.

​​In 2016, PUB started working with the Hydroinformatics Institute Ptd Ltd, as well as industrial electronics firm Furuno Singapore Pte Ltd, to develop a system that can provide quantitative rainfall forecast data. Three X-band radars – which are compact and suited for monitoring rainfall within short ranges of 30-50km – were installed in the northern, eastern and western parts of Singapore. Since their implementation in end-2018, the system has been able to produce 30-minute rainfall forecasts with an accuracy of 65%. 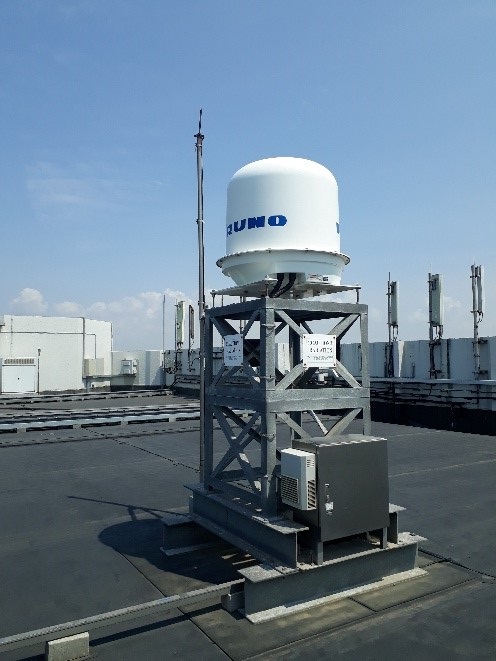 ​​At PUB’s Joint Operations Centre (JOC), duty officers who monitor an extensive network of CCTVs and water level sensors in drains and canals now utilise the rainfall monitoring and prediction system via a web interface that shows current and predicted radar rainfall images for the whole of Singapore. The system is capable of predicting the locations where heavy rainfall is expected, allowing the JOC to deploy PUB’s Quick Response Team (QRT) vehicles early to potential flood locations. Once on site, officers will assess the situation and help direct traffic or deploy flood barriers to divert floodwaters, if necessary.

Over the next two years, PUB will implement three more X-band radars across the island. Doubling the number of radars will expand the overlapping fields of radar signal coverage while also addressing existing issues such as radar signal attenuation and blockage caused by buildings. A machine learning algorithm will also be incorporated into the system, which will further improve its overall accuracy in rainfall prediction. ​​

​​“In anticipation of more frequent extreme weather events due to climate change, we are tapping on technology to make sure that our officers can be deployed as quickly as possible in the event of heavy rainfall. We hope that this will help to reduce inconvenience to the public and keep them out of harm’s way.”

Previous Choose Your Own Adventure: Here Are 5 Ways You Can Celebrate Chinese New Year In Singapore

How Does The Coronavirus Affect Different Age Groups?

Creating A Factory “Smart” Enough to Operate in the Dark

JG Farrell’s The Singapore Grip: New TV Adaptation Brings To Life The Final Book By One Of The UK’s Finest Novelists

The Economic, Geopolitical And Health Consequences Of COVID-19