Carbon-Neutral Fuel Made From Sunlight And Air

ETH Zurich researchers made something that could reshape aviation and marine transport — they developed a fuel which is produced using exclusively sunlight and air. 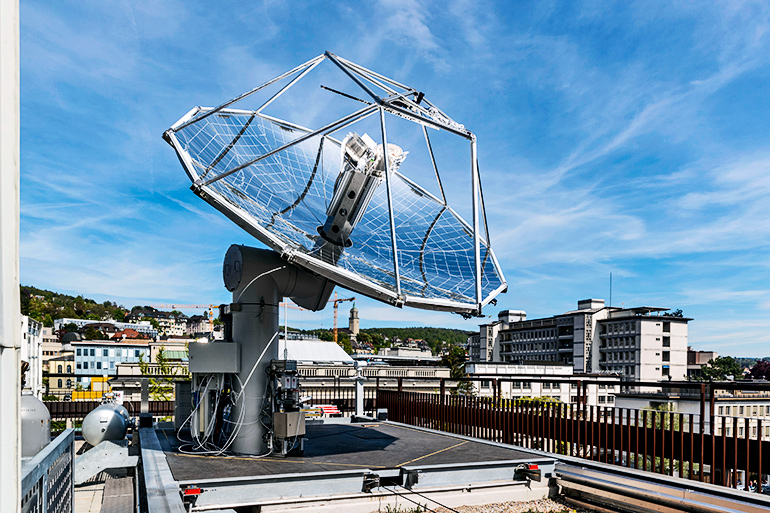 This fuel known as syngas is a mixture of carbon monoxide and hydrogen. What makes syngas special is that it is created with a carbon-neutral process.

How syngas is formed and used

Syngas is created in ETH Zurich’s solar refineries. It follows a three-step process:

Right now, the ETH Zurich’s solar refinery is more of a proof-of-concept. One decilitre of fuel produced per day, it is far from supplying fuel for the cars in the city streets.

However, the ETH Zurich research group led by Prof. Aldo Steinfeld are on their way to conducting a large-scale of their solar reactor near Madrid in Spain.

“Theoretically, a plant the size of Switzerland – or a third of the Californian Mojave Desert – could cover the kerosene needs of the entire aviation industry. Our goal for the future is to efficiently produce sustainable fuels with our technology and thereby mitigate global CO2 emissions,” according to Philipp Furler, a former doctoral student of Steinfeld and the Director of Synhelion, a company which commercializes solar fuel production.

With this, we see that sustainability in our cities isn’t out of reach. We just need to continue exploring and innovating ways to make us humans living less of a pain for our own planet.

Next In Singapore, Playgrounds Are Capsules Of National Identity

Raising The Bar For Smart Cities In Singapore

Singapore Viewed As A Competitive Global Science And Technology R&D Hub In The Next Decade: SGInnovate Study

Jobs Of Tomorrow: Mapping Opportunity In The New Economy

Which Countries Achieved Economic Growth? And Why Does It Matter?